Our good friend Scott Kale (we met him through Scott King) is a master woodcarver (as well as a fine musician) in Virginia Beach. He recently began work on a custom carved Fender Telecaster style guitar that we plan to offer at auction in the coming weeks. I’ve attached some pictures of some of us signing the guitar at my studio last week. I’ve also attached several other pictures of the work in progress. Don’t be fooled by the rustic appearance in these early stages. When Scott gets done it will be mighty pretty indeed!

We have an update from Tim on the auction that was mentioned in the last updates video!
The auction date is set. We start the bidding on eBay for the hand-carved “Foxycaster” guitar next Tuesday, June, 1 at noon Eastern. 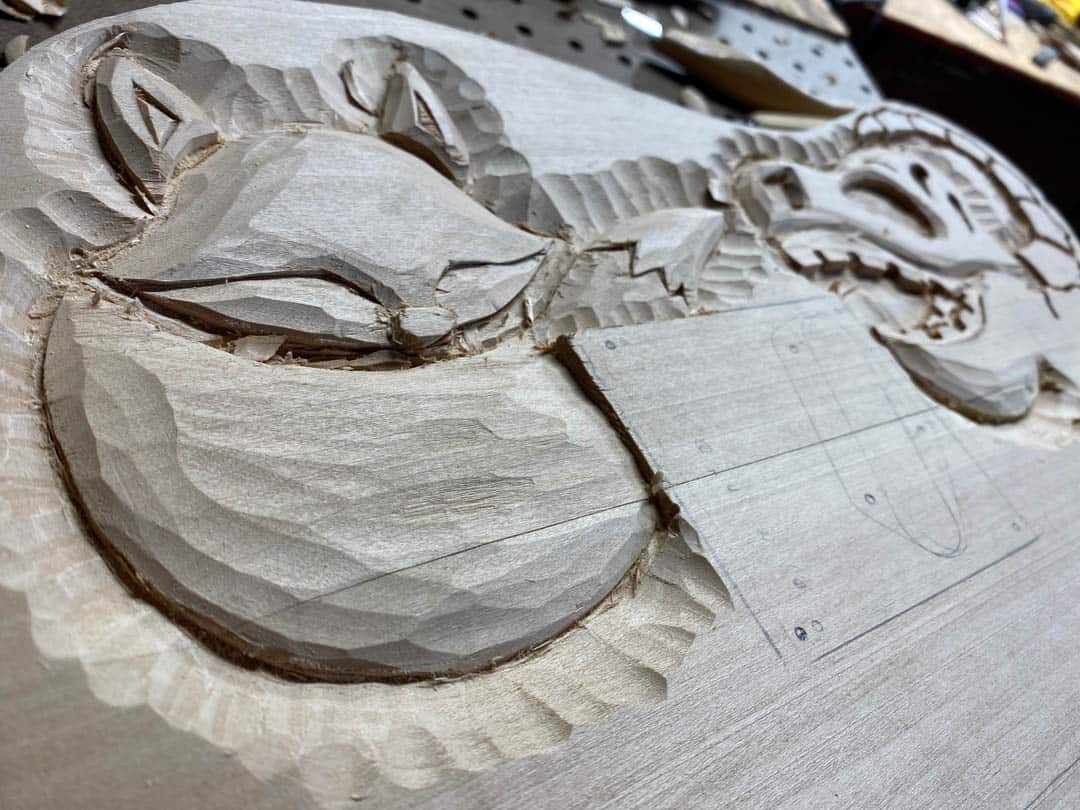 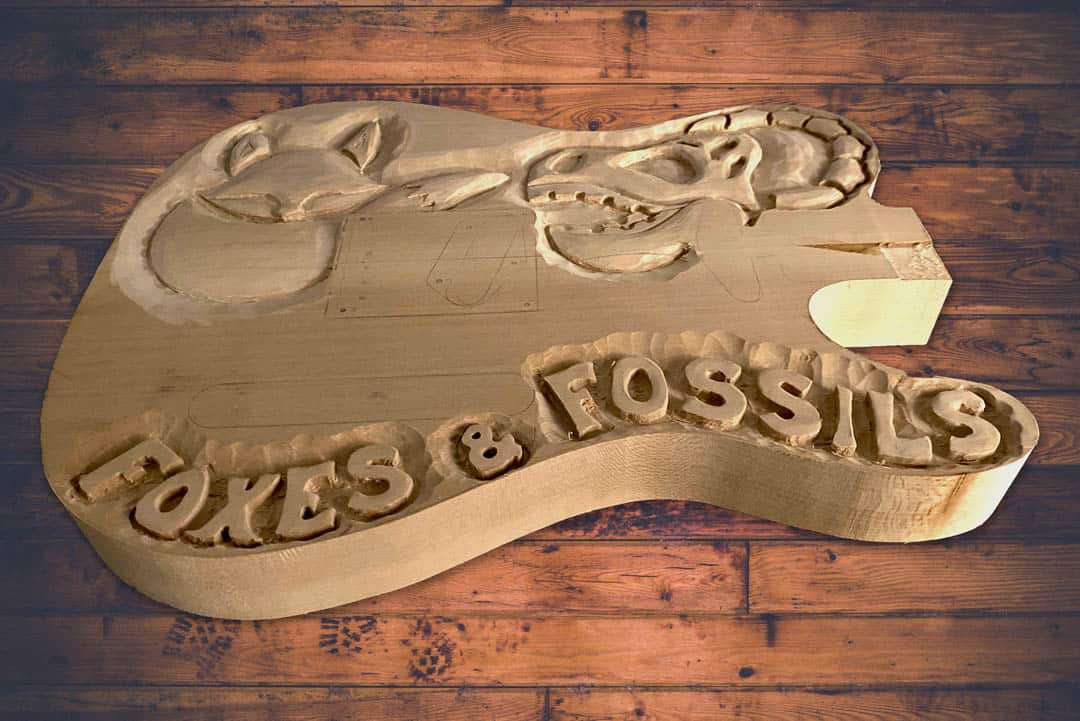 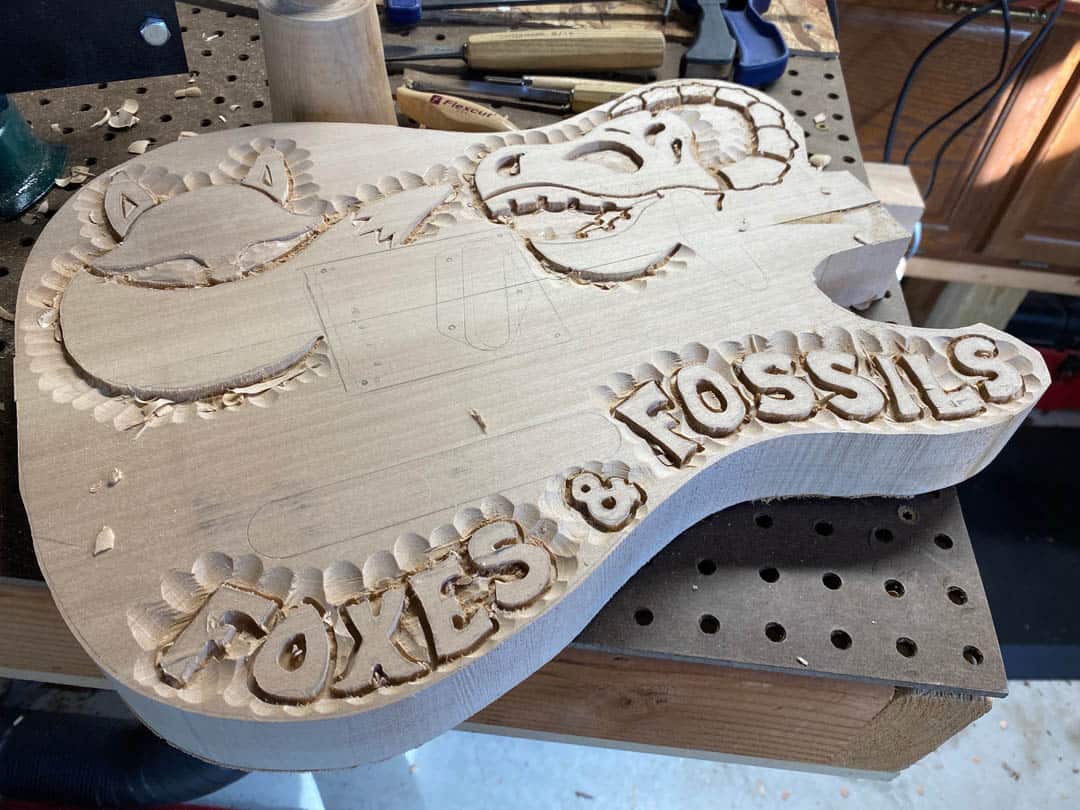 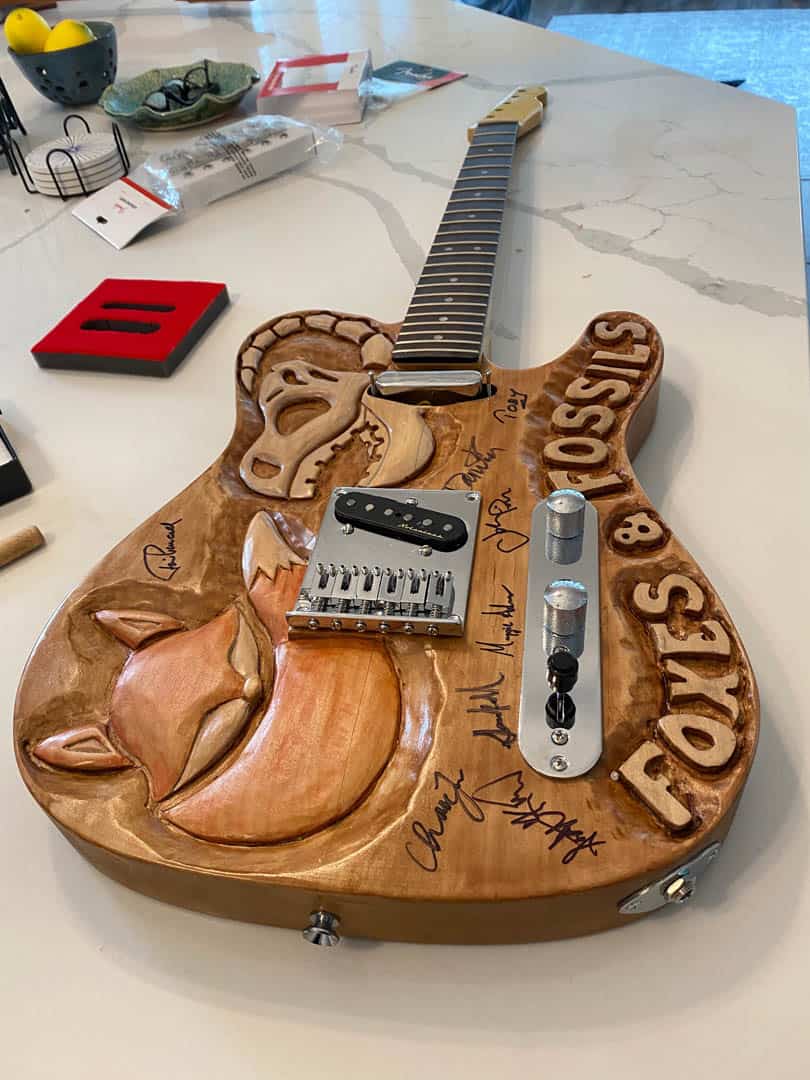 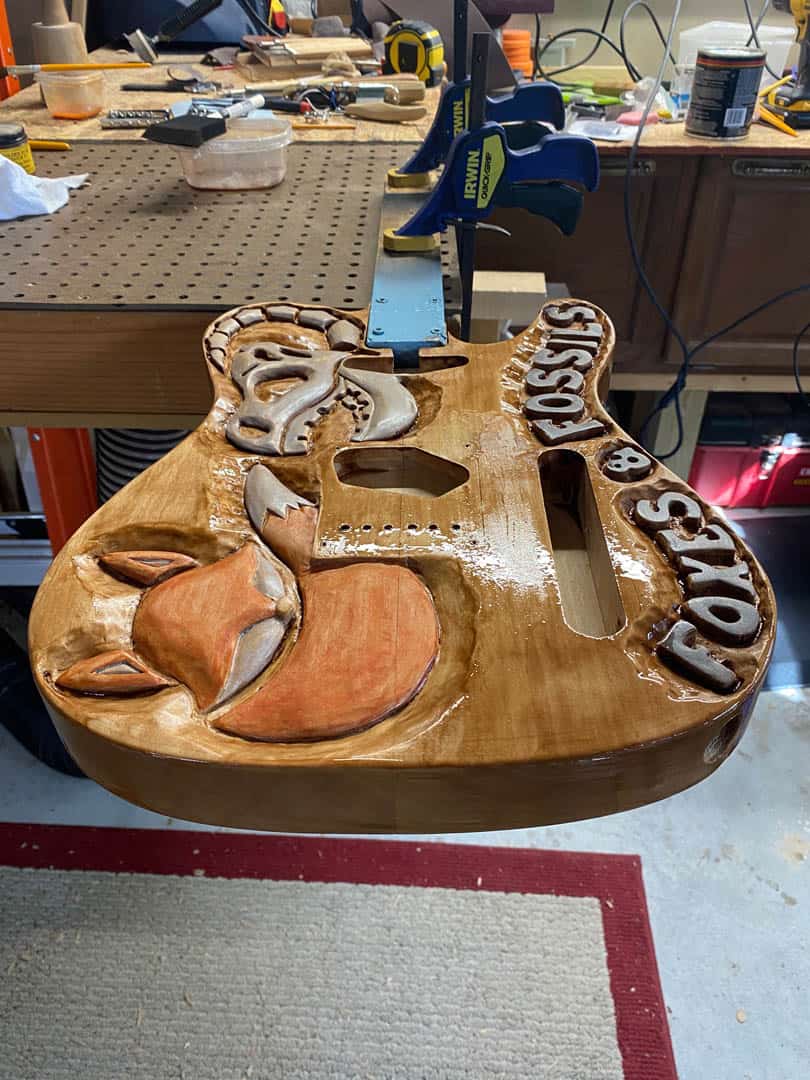 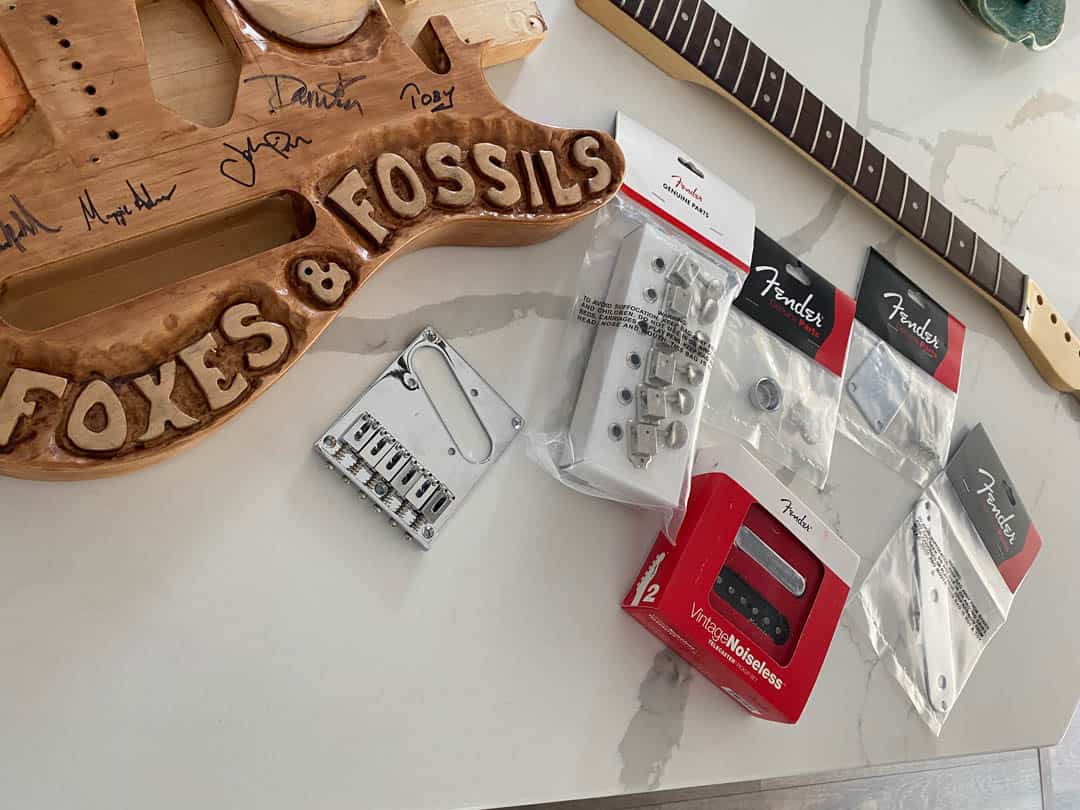 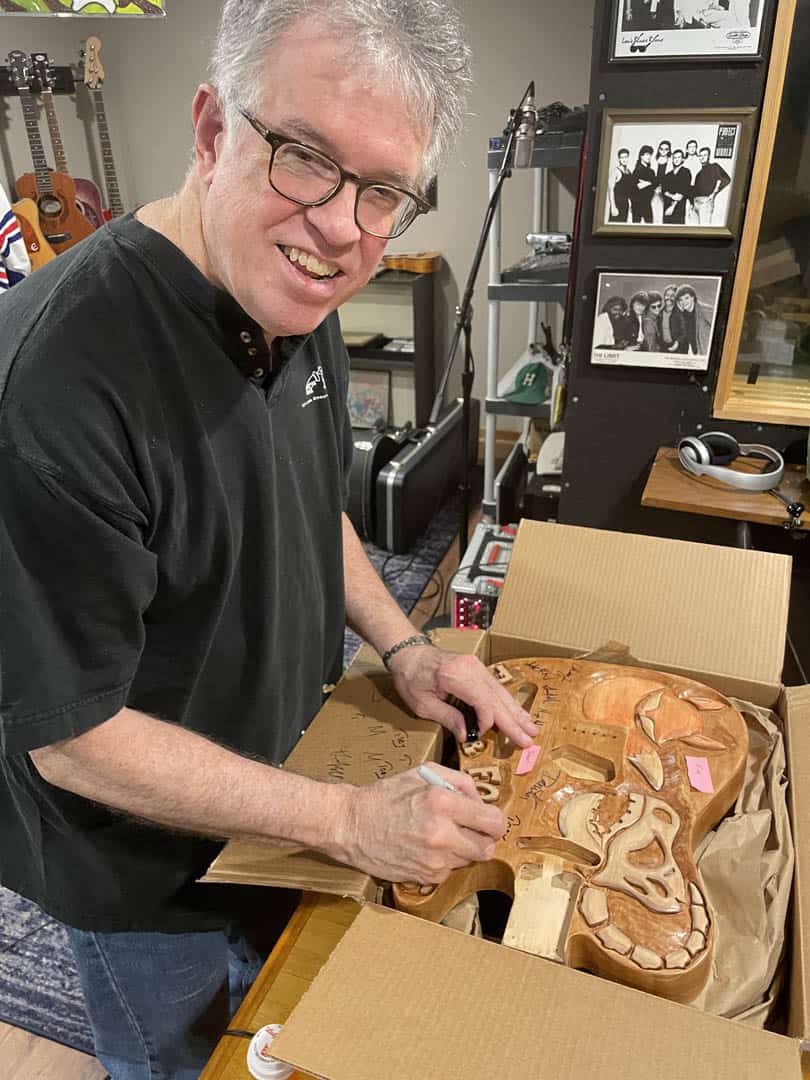 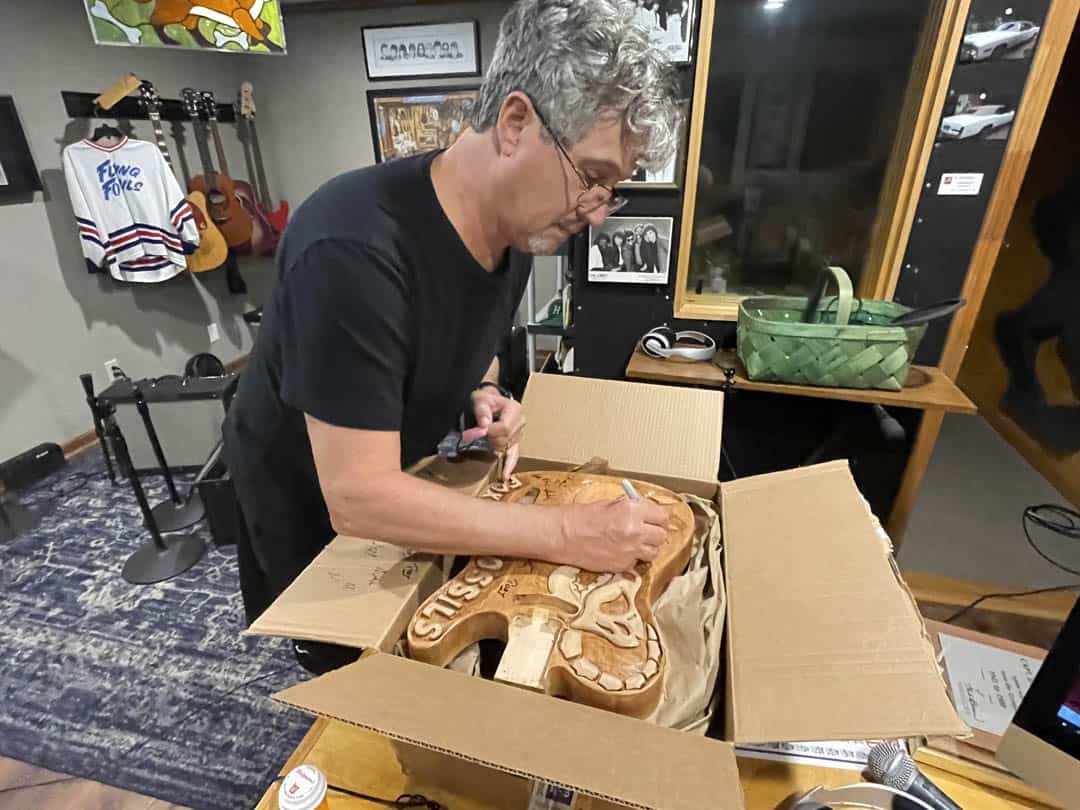 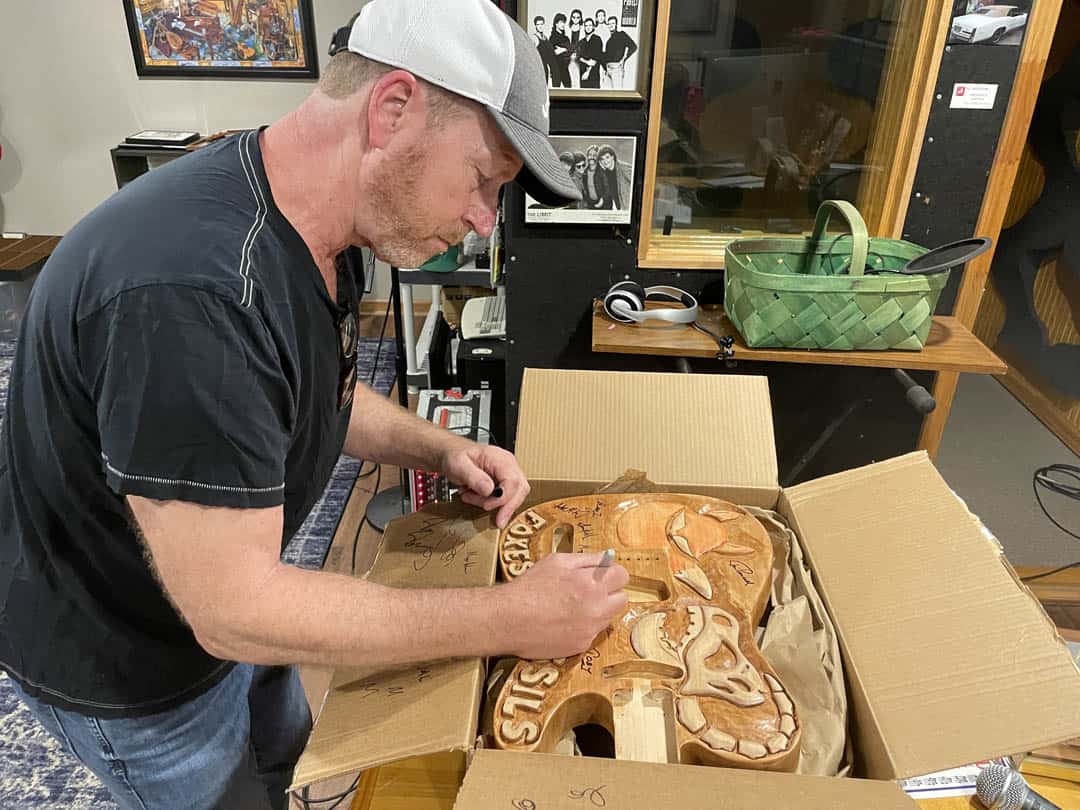 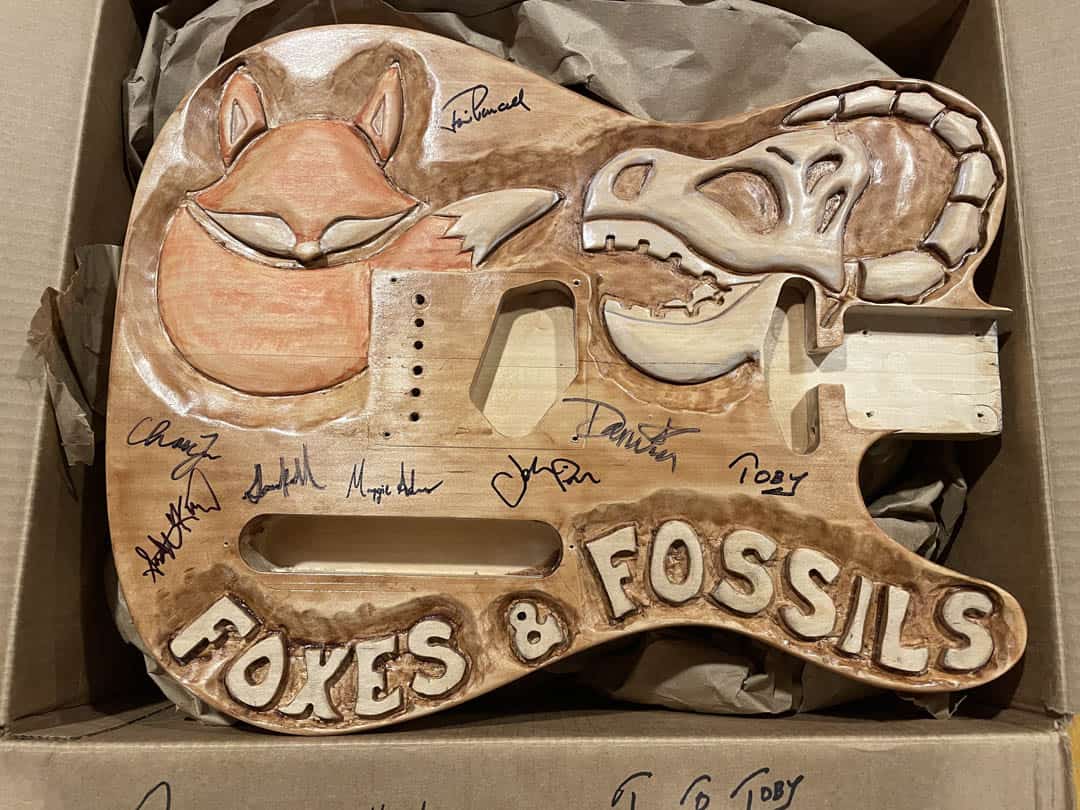