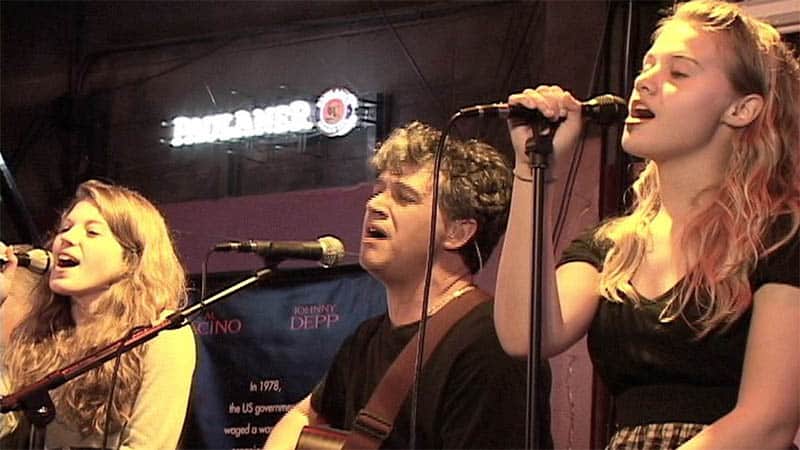 Foxes and Fossils, a homegrown cover band from Smyrna has never released a commercial record. They’ve never gone on tour. Their promotion has occurred — almost accidentally — by word of mouth.

They began 10 years ago with a performance in a pizza parlor and haven’t progressed much from there. A subset of the band — the Fossils — played in a Hapeville parking lot in July, but the full band hasn’t performed in three years.

That tune was recorded in 2010 at their first gig, at Bella’s Pizza in Smyrna, when Sammie Purcell was 15 years old, and her friend Maggie Adams was 16. In the video, the two clutch their microphone stands and seem deeply serious, while their colleagues, the Fossils, including Sammie’s father Tim Purcell, are more relaxed. 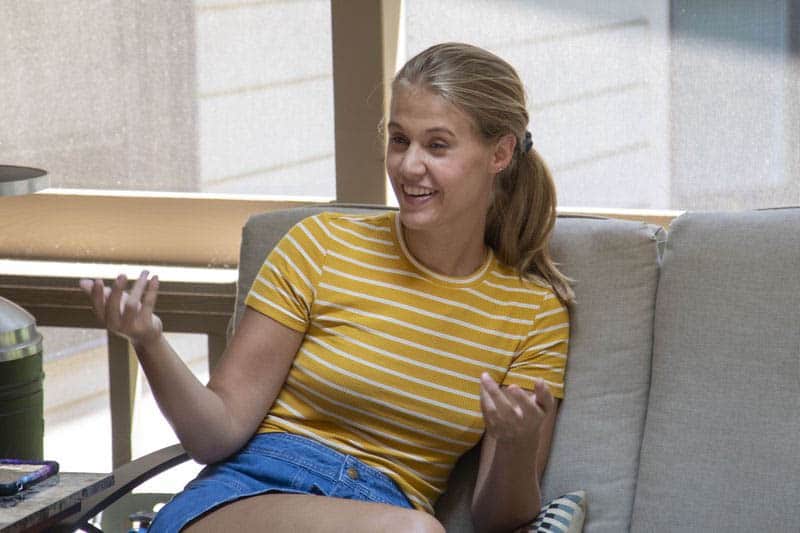 It makes sense that the older members of the band were at ease. By that point, all the Fossils had been working in the vineyards of the music business for 30 years or so, and all had resigned themselves to anonymity.

“I’ve struggled as a musician for 40 years, schlepping equipment in and out of hotels and seedy dives,” said Tim, “and then in my so-called retirement, this happens.”

What happened is Tim’s band became YouTube famous. “Suite: Judy Blue Eyes” notched a million views by December of 2018 and will probably tip 3 million views by the end of the month, according to the band’s unofficial statistician, John Hazeldene.

In the meantime, the group has regularly released videos of songs recorded during performances at The Twisted Taco (now a hibachi restaurant), at another pizza restaurant, and at outdoor festivals. They cover songs from the vocal harmony aisle of the classic rock superstore, by such bands as the Beach Boys, the Mamas, and the Papas, the Eagles, Jackson Browne, Linda Ronstadt, and Todd Rundgren. 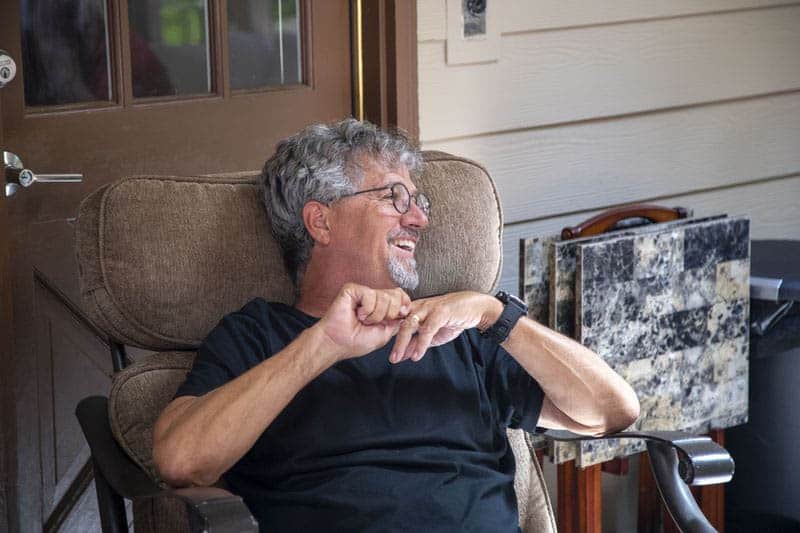 Among their videos with a half-million views or more are “Seven Bridges Road” (made popular by the Eagles), “Helplessly Hoping” (Crosby, Stills & Nash), “Amie” (Pure Prairie League), and “Landslide” (Fleetwood Mac).

But reflecting the influence of the Foxes, there are also some more contemporary tunes in the repertoire, such as Colbie Caillat’s 2009 hit “Fallin’ for You,” Tori Kelly’s “Nobody Love” (from 2015), and “Good Kisser” from 2018 by Lake Street Dive.

Sammie says the emphasis on classic rock is fine with her. “What I listen to is newer, but it all came from somewhere,” she says. “Good music is good music, no matter where it’s from.”

Altogether the band’s YouTube channel has more than 90,000 subscribers and 39 million views of their 65-plus videos.

They have become perhaps Smyrna’s most famous cover band, while hardly stepping outside the metro area. Proceeds from their share of YouTube ad revenue, plus their own sales of T-shirts and CDs and the virtual “tip jar,” have brought in as much as $45,000 every three months.

Their fans leave thousands of comments on their pages and are hopelessly devoted. “This is like finding a Rembrandt at a yard sale,” wrote follower Jennifer Small, in comments under “Can’t Let Go,” a Linda Ronstadt B-side. The video was shot in 2013 at an outdoor patio for The Twisted Taco; behind the performers, we see a parking lot with random folks walking and driving.

“There’s something so poignant about the background of people parking their cars and going shopping while this profoundly talented, super-special band performs right in their midst,” wrote Small.

Brian Okamoto, a fan from San Jose, California, said, “You look at that relationship that Tim’s got with his daughter and his high school friends, and you think, ‘isn’t that cool? Wouldn’t it be great to have a dad like that?”

Other fans include Graham Nash, who emailed Tim to praise the F&F version of “Suite: Judy Blue Eyes.” Todd Rundgren linked to their cover of “We Gotta Get You a Woman” on social media.

Tim Purcell, 64, traces the beginnings of F&F to a miserable New Year’s Eve 10 years ago when his band, the Mustangs, couldn’t find a gig. 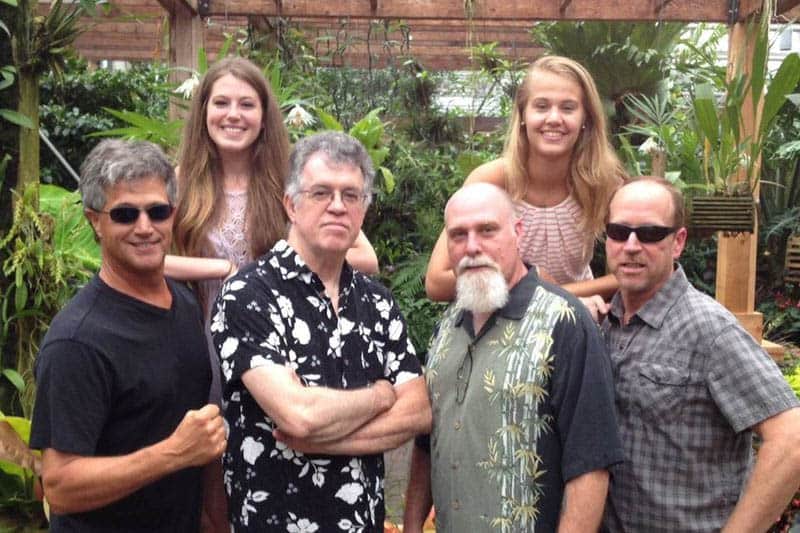 The band was the latest and most successful of many groups Purcell had been in since he attended Hapeville High School. The band played Tim’s original songs, and eventually included Scott King (bass), Toby Ruckert (guitar), and John Pike (drums).

While hunting the elusive record deal, the Mustangs began playing in clubs (covering the hits of the day), then corporate events, then weddings, until the corporate events dried up. Eventually, Tim let the name go and gave up the website.

“Everyone in the band can point to a time and convince you — and themselves — that they were on the verge of making it,” said Tim, “and they were. It just never happened.”

Discouraged, he sat down one day with Sammie, the youngest of his three children with wife, corporate attorney Terri, and worked out harmony to the Paul Simon tune “America.” Later Tim and Sammie recruited Maggie, a fellow chorister from church, and Tim says he almost cried when he heard their blended sound.

With former Mustangs Pike and King and fellow Hapeville High graduate Darwin Conort, the band was launched. King came up with the name, Foxes and Fossils, seconds before the first tune at the first gig. “He whispered it from the back of the stage, and I announced it,” said Tim.

Much of the slow-rising success of the band is due to Tim’s skill at remote recording and to friend Terry Heinlein’s willingness to shoot multi-camera videos at F&F gigs. Credit should also go to the band’s flexibility. Early on Toby Ruckert replaced Conort on guitar, but recently Conort came back to the band after Ruckert experienced health problems. 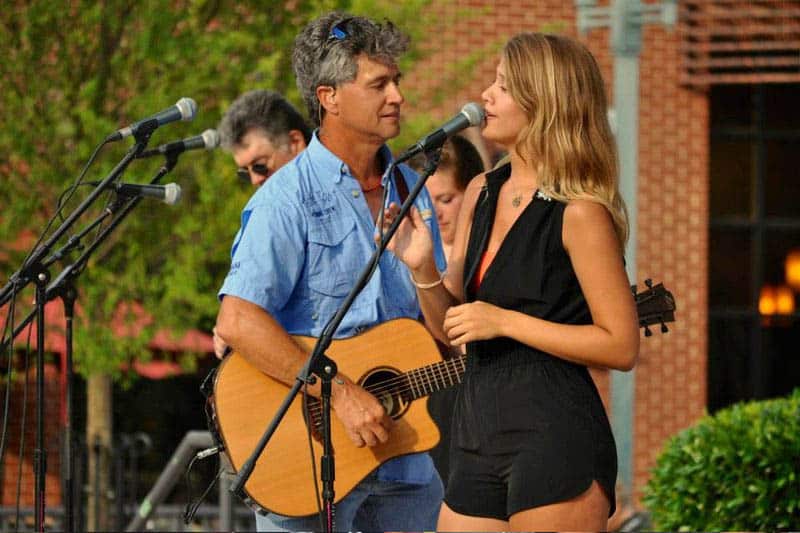 In 2012, Maggie departed for college in Nashville, and by 2014 had too many commitments to return to Atlanta for gigs. Amy Wallace, a former Mustang, asked one of her students, Chase Truron if she would consider joining. “We need a new Fox, or the band is going to die,” she told Chase.

Chase, 15 at the time, and the child of cruise ship performers were in. “I was ecstatic,” she says.

Now both Sammie (Vanderbilt/Boston University) and Chase (University of Iowa) have followed Maggie to college, and gigs are on hiatus due to COVID-19. Foxes and Fossils must do their performing in the studio on holidays. But Tim has videos in the can from previous summers, enough to continue releasing a video every month, at least for a while.

Meanwhile, their views continue to stack up. “Even if we did nothing, it would take 15 years to go away,” says Tim. “It’s shocking.” 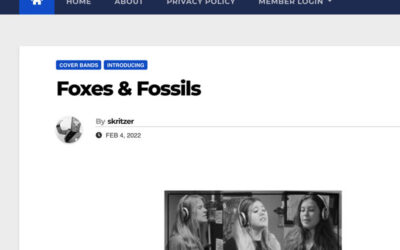 Foxes and Fossils Featured on Pods o'Pop As a fan of Foxes & Fossils (F&F) for several years now, I send my condolences for the loss of their bass player, Scott King. I did not know Scott apart from his YouTube performances with mentions of his playing in the... 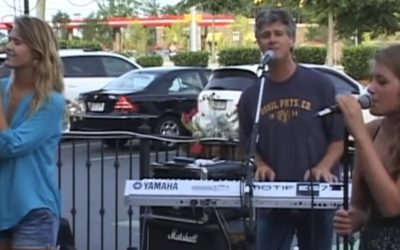 Foxes and Fossils: The Parking Lot Supergroup The always discerning Neo has discovered a new non-over-night-sensations. She notes “I usually don’t like cover bands. But I’ll make an exception for this one. Here’s their story, which started with a musician and his...